I probably wouldn’t have discovered the doubles if I wasn’t a fan of IU. But after seeing her on the cover of April 2020 of Dazed Korea, I was completely captivated by her, dressed from head to toe in a blue shiny Gucci suit. 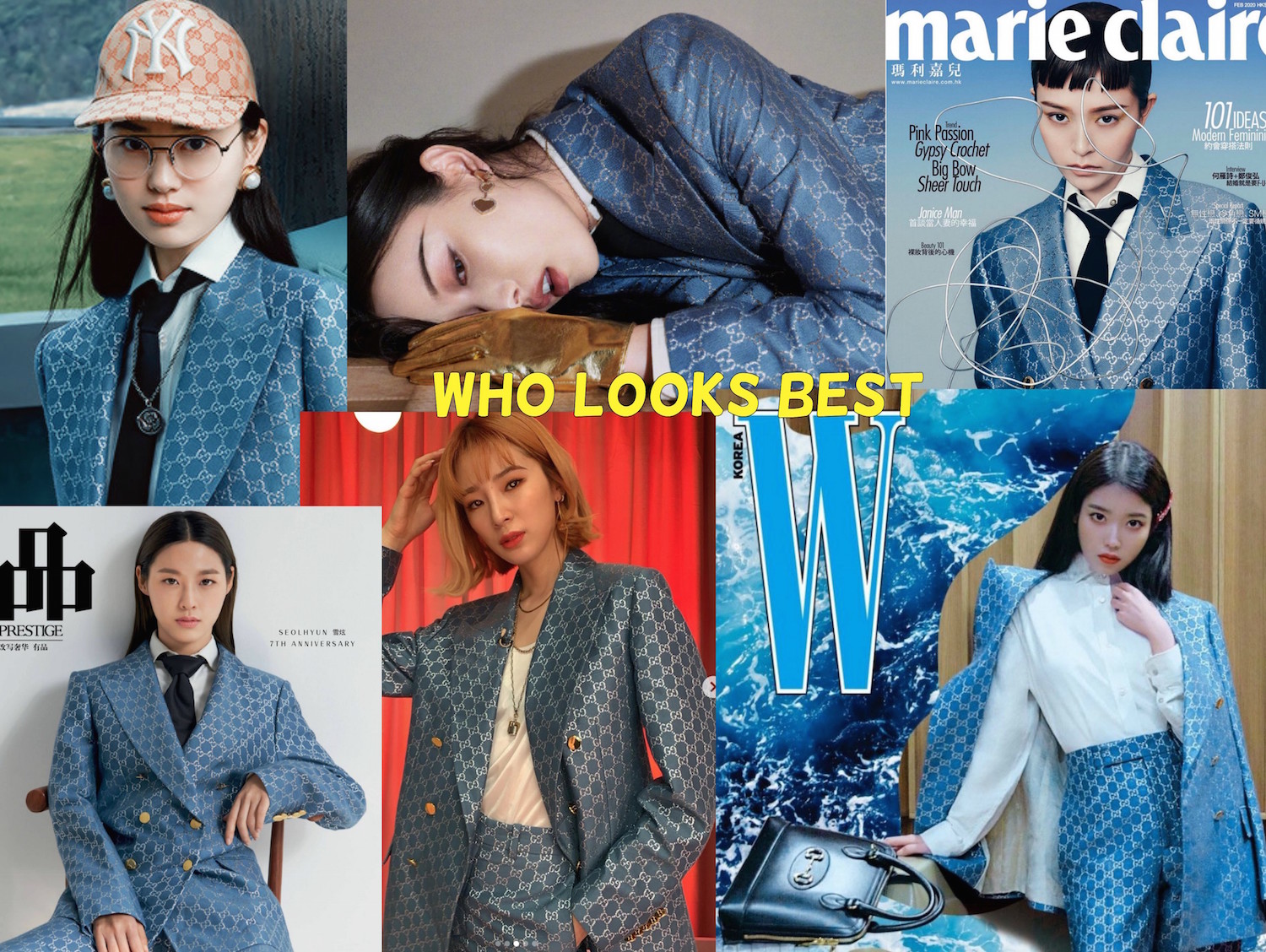 END_OF_DOCUMENT_TOKEN_TO_BE_REPLACED

So the coronavirus has me stuck at home and I finally decide to watch The Untamed. Of course I finished in within 5 days and can’t seem to get it out of my head.  Everything that I have watched ever since the Untamed didn’t seem to catch my attention… until this drama.

END_OF_DOCUMENT_TOKEN_TO_BE_REPLACED

So a boring tuesday evening, I am driving home. I turn on my current fav song Another Day by Punch.

While singing along I suddenly got a light bulb moment 💡. 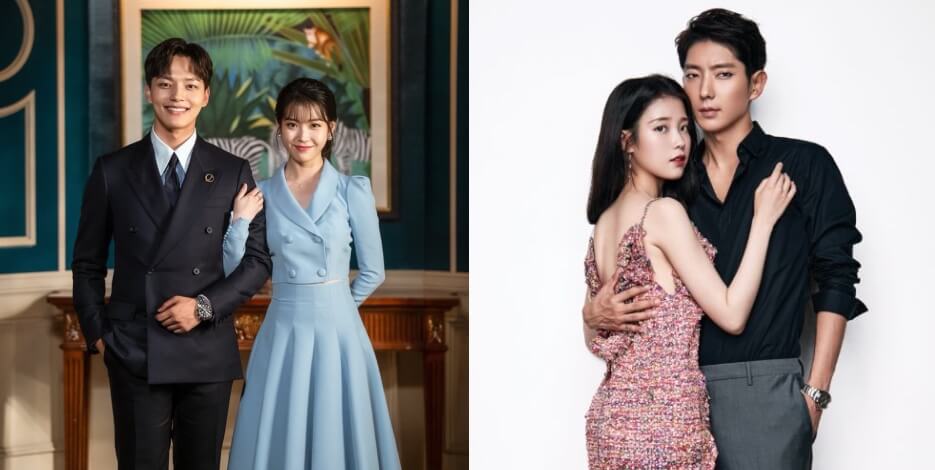 END_OF_DOCUMENT_TOKEN_TO_BE_REPLACED

I’ve been a huge fan of Punch’s “Stay With Me” ever since I heard it in Goblin. I still haven’t finished that drama though. Too much drama.. too little time.

The thing is once I fall in love with a song, I tend to go crazy and listen to it NONSTOP. END_OF_DOCUMENT_TOKEN_TO_BE_REPLACED

Blackpink’s Jennie leaves korea on 12/9/19 in a cute outfit but comes back on the same day looking like a boss.

END_OF_DOCUMENT_TOKEN_TO_BE_REPLACED

For those who are fans of Huang Xiao Ming and would like to see his chocolate abs, you are in luck!!! I have some topless gifs of Huang Xiao Ming from the drama Cruel Romance. Ever single time his topless scenes comes out, I blush.  His chest is bigger than many females.

END_OF_DOCUMENT_TOKEN_TO_BE_REPLACED

New rising actor Chen Feiyu sends a wave of laughter to the audience after accidentally blurted out that he wants others to call him “father” in two years. What he meant to say was he hopes in two years or more, he wants people to know his father as Chen Feiyu’s father and doesn’t want to be famous for being Director Chen’s son. END_OF_DOCUMENT_TOKEN_TO_BE_REPLACED

It seems like I either never finish my dramas or after I finish them, I don’t have the time or passion to write about it. So let me just write a quick thought about this drama when it is still relevant to me.

Seige in Fog (人生若如初相见) is a another Chinese drama that’s based off of a novel 迷雾围城 by Fei Wo Si Cun (匪我思存). It’s a melodrama and romance about Yi Liankai, a good-for-nothing playboy from a wealthy military family played by Elvis Han who forces Qin Sang (played by Sun Yi) into marriage after falling in love with her at first sight. Qin Sang is a daughter of a high ranking official but when her family’s status fell, under her mother’s wish, she married Liankai to help her father regain his status. Slowly she falls in love with Liankai  but her first love Pan Jian Qi played by Jeremy Jones suddenly appears and becomes her husband’s assistant. He makes it known to her that he wants her back and stays by Liankai’s side to get close to her. However that isn’t his only goal. He is part of a society with a hidden agenda aimed against the Yi Family. END_OF_DOCUMENT_TOKEN_TO_BE_REPLACED

I’m usually not a movie fan. But after a half day of work and an unproductive day of studying, I decided to check out what new movies were out so I can just sit back and relax.

I came across Fabricated City which stars Ji Chang Wook and Shim Eun Kyung. I couldn’t resist the temptation after seeing the amazing poster (totally my type of movie) and the stellar reviews. I should point out that the last half of the movie wasn’t subbed properly so you might want to wait later until all the subs come out, but I sort of inferred.

END_OF_DOCUMENT_TOKEN_TO_BE_REPLACED

This is my first movie review on this blog. And yes, it has nothing to do with dramas.  Sorry I haven’t been diligent with my drama-blogging duties mostly because of my obligations with my work and studies. After a long and stressful day, I barely have enough time to watch my daily episode of drama and even less time to blog about it. I have also been adapting to a more socially acceptable lifestyle (going to the movies with friends instead of staying in the comfort of my own home to binge on dramas) hence, I have decided that I will start reviewing movies that I have come across. Don’t worry I will eventually continue to blog about dramas once I wrap up with my studies and can find more spare time in my life.

This year, I have already started off with two amazing movies. The first one is Beauty and the Beast and the second one- which I just watched tonight- is Gifted starring Chris Evans and Mckenna Grace.

Believe it or not, I did not know who Chris Evans was because one, I don’t care about American actors as much as asian actors and two when my friends went to watch Captain America, I decided to opt out since Marvel Superheroes movies aren’t my thing. However, I will be noticing him a lot more after this movie.

I went in to the movies, not expecting much but to a much bigger surprise, the theater was mostly empty. I guess people aren’t interested with movies in this theme.

The movie is about a single man Frank Adler (Chris Evans) trying to figure out what is best for his niece Mary (Mckenna Grace) who is undeniable a mathematical prodigy. He wanted her to have a normal life- to have friends, play, and not be considered as different. However the school soon finds out about her remarkable talent and notified her grandmother Evelyn (Lindsay Duncan) about it to convince them to transfer schools. After rounds of court questioning, we find out more about why Frank is so adamant on wanting Mary to live a normal life and he starts losing confidence on whether he is the right choice for Mary. Both sides later agreed to settle with Mary going to foster care.

While watching this movie, I was constantly thinking “What is best for Mary?” Was having her going to normal school, being utterly bored about what she was learning really the best for her. Yet if she goes to special school, she won’t be able to have a social life and make friends her age. Even I started questioning Frank’s choice for not allowing her to go to the school for the gifted. Mary really wanted a piano but Frank could not afford it nor could his house accommodate for it. At one point, I thought, at least the foster parents have a piano that Mary can play all she wants.

Of course the dreadful moments comes along where tears starts rolling off my face non-stop as the uncle and niece are separated from each other. Frank has to pull himself away as Mary begs for him not to leave her. At a visit later on, Frank soon finds out that Mary doesn’t want to see him anymore. However that was a lie, as Franks finds out that Mary’s beloved cat was put up for adoption and Mary would never have wanted that. Mary was being controlled and upon barging into the house in search for her, we find Evelyn exerting her harsh parenting styles on Mary.

Watching the uncle and niece reconciling which each other, was the highlight of the movie for me. All that raw emotions portrayed perfectly by the two actors- one feeling betrayed and abandoned by the one she trusted the most and the other regretting his decisions and wanting to resurrect his relationship with her. When they finally hugged and cried in each other’s arms, I breathed a sigh of relief while still covered in tears.

The movie ends in a happy note as Mary studies at a college where she can learn the material at her level of understand while still getting the chance to play at the park and make friends her age.

I loved this movie. This is my type of movie. I didn’t know any of the actors going in to this movie. There was no major action scene and it wasn’t a comedy but the storyline is what moved me. I loved how it was such an emotional movie and made me think about parenting. We all want what’s best for our kids but how do we know what’s best. Is the best always an environment where you can always provide everything for him/her? I’ve always thought to myself, that if I don’t have the means to provide for my child, it’s best to not have the child at all. But when I get to that level, is it better for her to enjoy her life and play or is it better to be the tiger mom and make her study. I think most parents can identify with this question.

I loved how Mckenna Grace brought Mary to life with her spunky and vigorous character. At times throughout the movie, I marveled at Mckenna’s lashes and wondered whether they gave her lash extensions however my own nephew has even prettier eyes than she does so I know they are natural. I am sure I will definitely see more of Mckenna in the future and I look forward to her performance.

My favorite quote from the movie: “Good Morning Mrs. Stevenson”. You’ll understand when you watch it. 😎

Check out the official trailer below:

I hope you’ll like this movie as much as I do. #giftedmovie

What I am currently watching

Just Want To Let You Guys Know I will be on Hiatus until Late October. Will definitely do my monthly post and maybe a drama review in September.

See you guys then

What’s floating around on my Tumblr

Drama Reviews - because I love them

Everything that Flash in My Mind ^.^

A Community Blog for all lovers of C-Entertainment

What happens when there are dramas to watch...

Product Reviews from a Beauty Addict

Milk all them dramas